The Top Breweries in Hendersonville 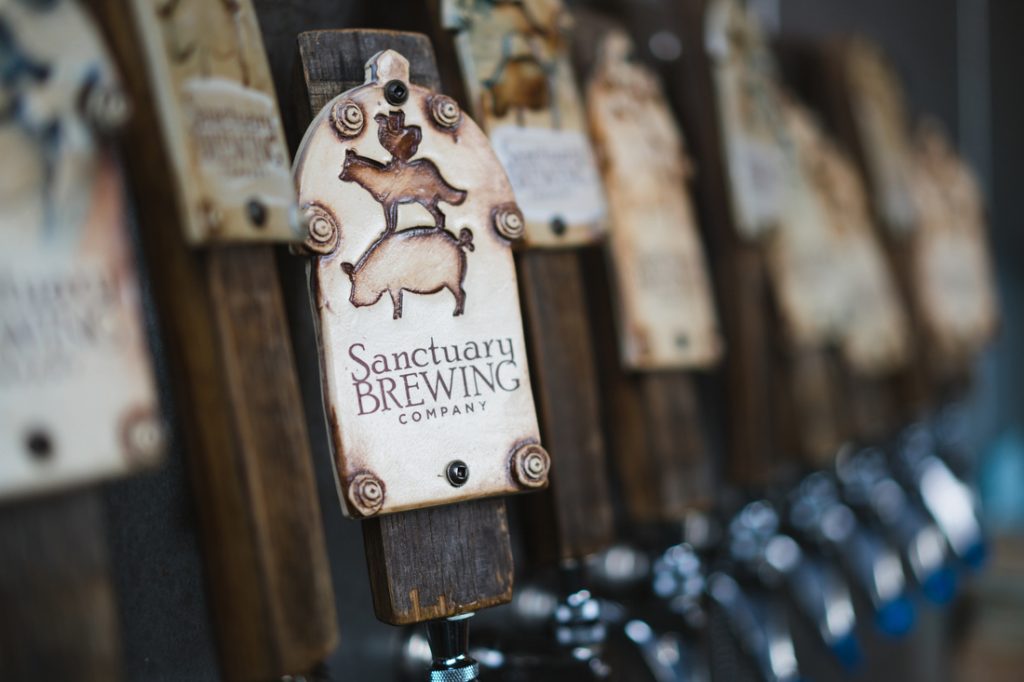 “Must visit!  Great beer, cider, music, events, and vegan food!  Now there is a vegan café inside the brewery with delicious food.  Don’t forget dessert, the cupcakes are off the chain!”

“In 2014 Joe, with the help of his amazingly supportive partner Lisa, attended Blue Ridge College’s Craft Beverage Program where he earned a certificate from the Institute of Brewing & Distilling. The certificate turned into an internship with Wicked Weed which soon became full-time employment, helping to set up the sour facility at Wicked Weed’s Funkatorium. In 2015 Joe & Lisa opened Sanctuary Brewing Company which has been a staple of downtown Hendersonville ever since. Featuring 16 drafts and live entertainment 7 nights a week Sanctuary has been a Sanctuary to scores of tourists and locals alike. To date Sanctuary has won a total of 6 medals at the North Carolina Brewers Competition, including 3 gold medals for beers from lagers styles to double IPA. Sanctuary Brewing has also won best bar and best live music venue in Henderson county 3 years in a row.”

”Through the vision of Lisa and Joe, Sanctuary Brewing has created a Kindness Wall at the brewery, where those in need can take seasonal clothing, umbrellas, and essentials bags filled with basic necessities. Sanctuary also hosts Help4Hendo community days where people can get free haircuts, job placement assistance, and health checks. In addition, in the three years since its opening SBC has raised more than $10,000 for environmental, social justice, and animal advocacy charities. Under the umbrella of their Kindness Empire nonprofit, Sweet Bear Rescue Farm is Lisa and Joe’s latest venture, where they serve as caretaker to nearly 40 non-human residents including dogs, cats, chickens, goats, pigs, and a lovely turkey named George. “ 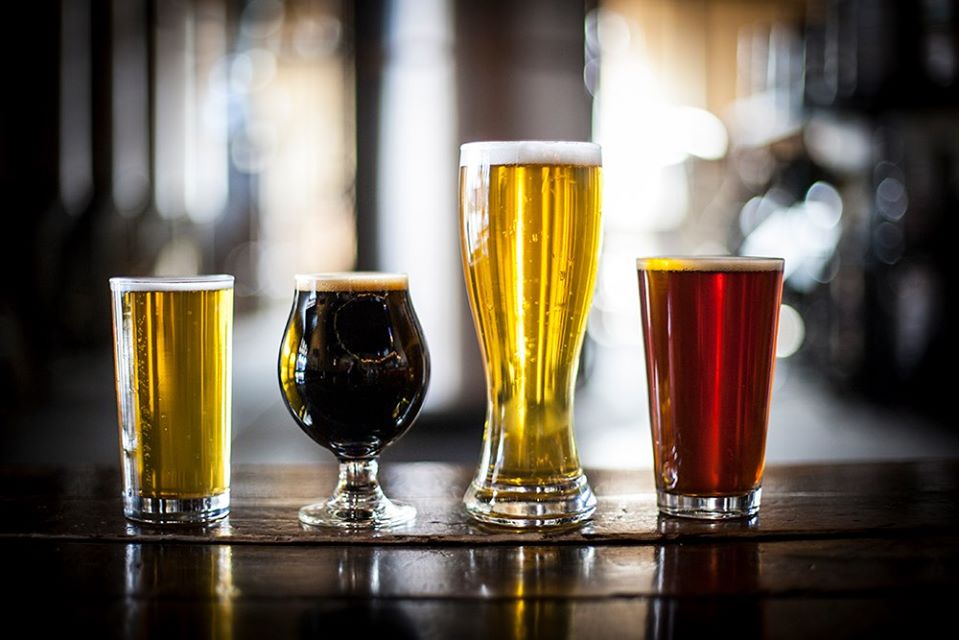 “Great open space, friendly and knowledgeable staff.  They will let you taste before you commit to your full glass.  Great beers! Food truck outside to grab some grub.”

“We are a local microbrewery based in Hendersonville, North Carolina (about 20 miles south of Asheville). We look forward to seeing you in the tasting room!” 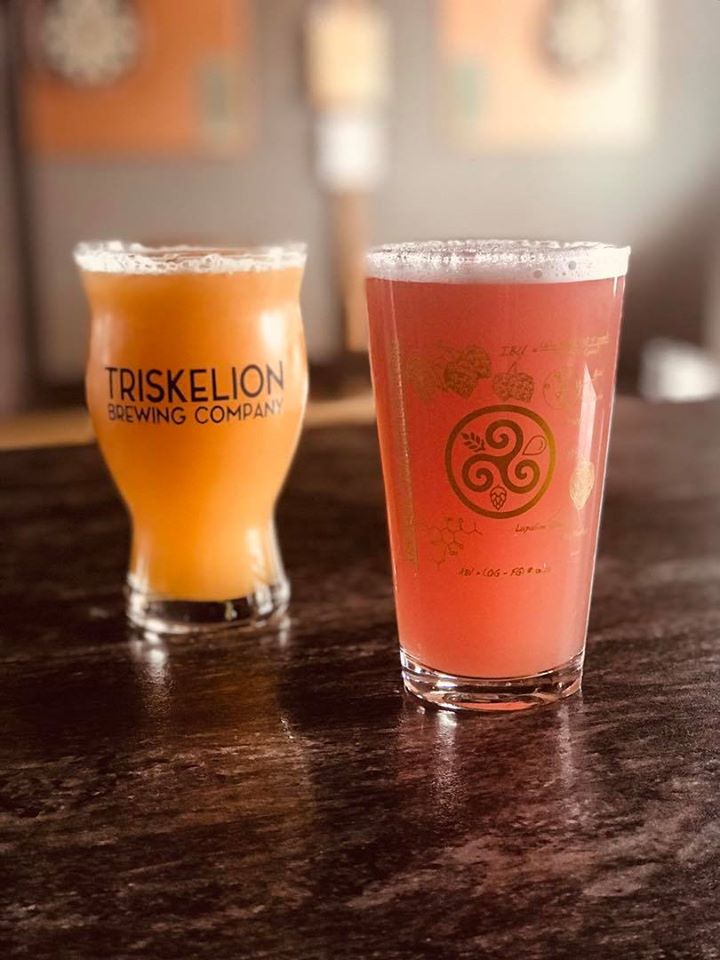 “I love this brewery!  This is my absolute favorite place for great beer. The building has a gorgeous interior with plenty of places to sit.   The bartenders were friendly and happy to make suggestions based on what I told them. Firefly was my favorite.”

“Triskelion Brewing Company is dedicated to bringing you damn good beer. That’s it. That’s our goal. We like to do other stuff too… but primarily… here at the tap house, our main objective is simply to produce the best beer we can possibly make.  Well, and encourage you to try it.

Located in Hendersonville’s Historic 7th Avenue district, we encourage you to come down and experience the growing brewery scene in our small town. You’ll love it.

Stop in for a cold pint next time you cruise though our little section of the Appalachian Mountains.” 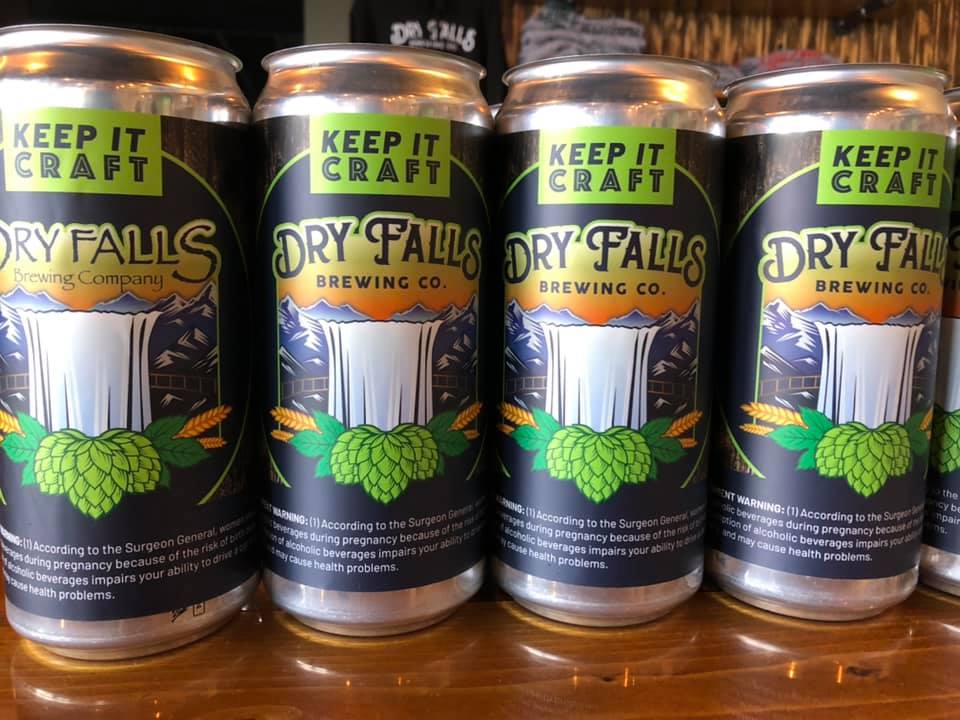 “Bright, open concept, large bar, and the best porter I have ever tasted.  The porter was so smooth and tasty, that it could be dangerous! Great bartenders, too!”

“Dry Falls Brewing Co. started out as a dream between father and son while sitting in a brewery on family vacation. Romanticizing the idea while drinking a flight of twenty-four different brews, Jeff and Evan found their next father/son hobby. Jeff took to idea first brewing extract kit beers with a co-worker. After the first brew day, Jeff was hooked. He called his son and they talked at great length about starting to brew as a hobby. They dove into books on brewing and purchased homebrewing equipment. They decided to brew full grain, just like the pros!”