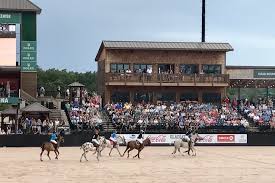 The Tryon area of western North Carolina has a long history of promoting horses and equestrian activities. The Tryon Riding and Hunt Club was founded in 1925 by Carter P. Brown and the organization “was dedicated to promoting all phases of equestrian sport” (carolinahorsefarmsandmore.com).

Several events were established to promote equestrian activities, many of which are still held today. The Tryon Horse and Hound Show was first held in 1928 shortly after the formation of the Tryon Hounds in 1926.

The Tryon area’s equestrian reputation continued to grow throughout the 20th century largely through the efforts of Carter P. Brown and the Tryon Riding and Hunt Club. The United States Equestrian Team trained in Tryon for the 1956 Summer Olympics in Stockholm, Sweden. According to an article in the Asheville Citizen-Times on 25 June 2014, the Equestrian Olympic trials were held in 1956 and 1960 in Tryon and that Tryon is considered the birthplace of modern show jumping.

The Tryon areas love affair with horses took a leap forward in 2014 with the opening of the 1,400 acre Tryon Resort. The Tryon Resorts centerpiece being the Tryon International Equestrian Center. In a short period of time the Tryon International Equestrian Center has become one of the premier locations for major equestrian events in the southeast United States.

The TIEC has a special event every Saturday that is labeled “Saturday Night Lights” as well as having other events virtually every day. You do not have to be a horse person or a fan of the equestrian sport in order to appreciate the TIEC. The Resort offers free parking and free admission and they have several restaurants on site to enhance your visit.

Take the Family to the Elijah Mountain Gem Mine
Video: Carl Sandburg Home
Gnarliest Kids Adventure Race Set for May 3