C.G. Memminger was born in Wurttemberg, Germany in 1803. His father died within a month of his birth and his mother immigrated to Charleston soon after. She died in 1807 from yellow fever and Memminger was placed in an orphanage. At the age of 11, Memminger was taken in by prominent Charleston lawyer and future South Carolina governor Robert Bennett. Memminger entered South Carolina College (now the University of South Carolina) at the age of 12 and graduated when he was just 16 years old. He passed the state bar exam at 25 and became a successful lawyer. He decided to enter politics and served in the South Carolina state legislature from 1836 to 1852 and from 1854 to 1860.

Memminger married in 1832 and as many Charlestonians did, he built a summer home in Flat Rock in about 1836. He named his summer home Rock Hill because of the large rock outcropping on the side of Glassy Mountain behind his home. The home was finished by the late 1830’s and he spent most of his summer there.

He was the warden of St. John’s in the Wilderness church and he handled all of the financial affairs of the church and kept detailed financial records for the church. He even built a road from his home Rock Hill to the church.

Memminger resigned his post as Secretary of the Treasury for the Confederate States of America in 1864 and came to his home in Flat Rock. He fortified his home because there was no law or military presence in the mountains of western North Carolina and when bands of bushwhackers were known to be in the area, his neighbors in Flat Rock would come to hide out at Rock Hill for the protection it offered.

When Richmond was about to fall to the Union Army, it was even suggested that the capital of the Confederacy be moved to Flat Rock because of the natural defenses the area offered. Growing up in Henderson County, I always heard the rumor that the Great Seal of the Confederacy was buried on the property at Rock Hill. The Great Seal is located in the American Civil War Museum in Richmond, VA.

When General Stoneman’s raid passed through Henderson County in April of 1865, some of the Union soldiers stopped at Rock Hill. Cavalryman Allen D. Frankenberry of the 15th Pennsylvania and the Department of the Cumberland wrote about his visit to Rock Hill in his diary. They left the house and the property untouched and continued on their way.

After the Civil War was over, Memminger received a Presidential pardon from Andrew Johnson in 1866 and he returned to his legal practice and eased himself back into South Carolina politics. He died in Flat Rock in 1888 and is buried at St. Johns in the Wilderness church.

Memminger left his legacy in the form of Rock Hill which is now known as the Carl Sandburg home and later owners modernized the home, the home and grounds still looks much the way it did 200 years ago.

A great resource for the life of Christopher Gustavus Memminger is a booklet I bought in the gift shop of the Carl Sandburg home, From “Rock Hill” to “Connemara”: The Story Before Carl Sandburg by local historian Louise Howe Bailey.

For an in depth look at Stoneman’s raid through Henderson County, I consulted Chis J. Hartley’s Stoneman’s Raid: 1865. The website Find a Grave Memorial is also a valuable resource. I also made several visits to the cemetery at St. Johns in the Wilderness church and the cemetery is rich with the history of Flat Rock. 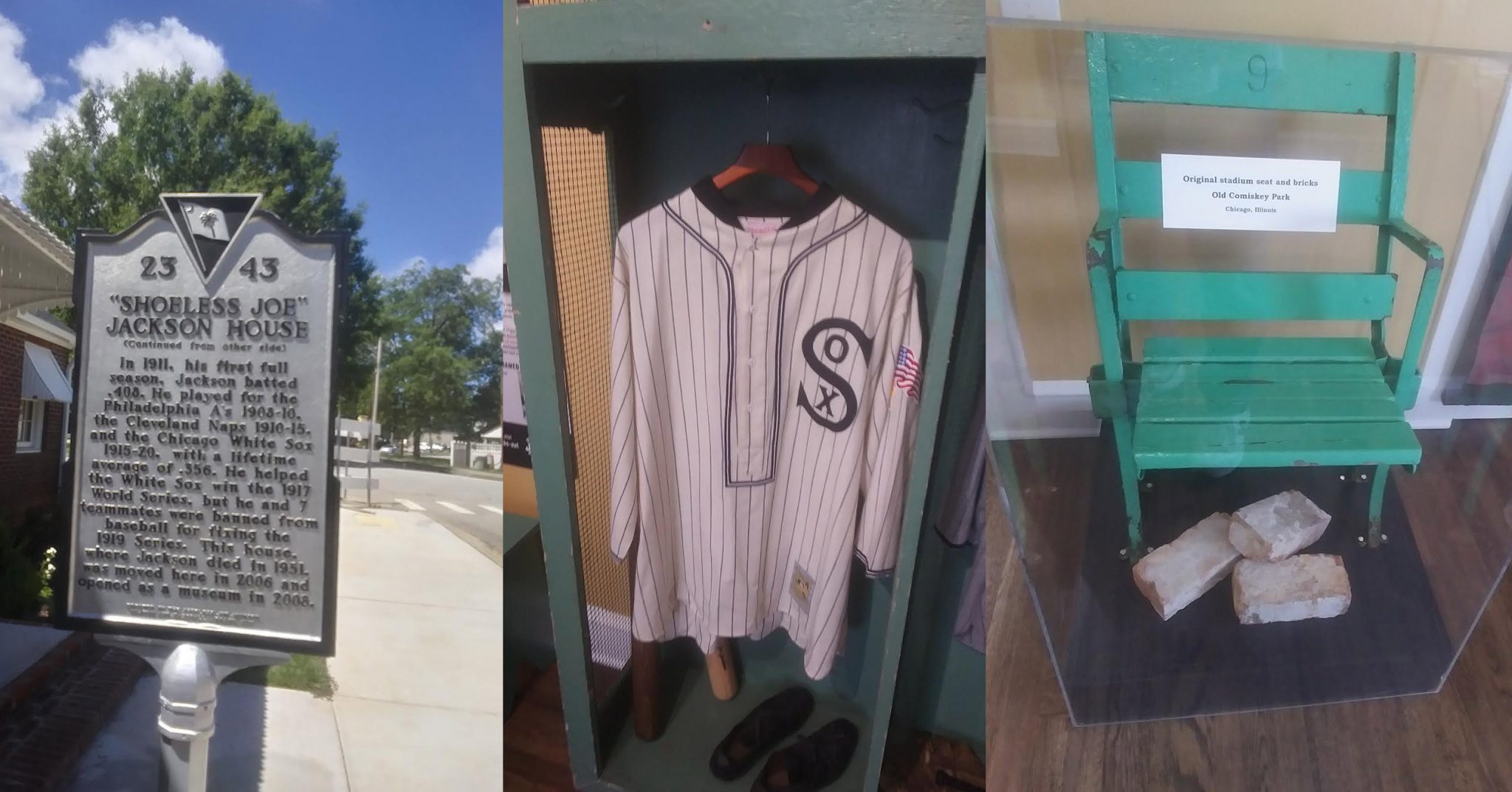 The Shoeless Joe Jackson Museum and Baseball Library Part I