Hauntings In Hendersonville: Part I

Scary stories have been a part of America’s storytelling scene since before Washington Irving’s “The Legend of Sleepy Hollow” was published early in the 19th century. Some scary stories are based on fact and others are just completely made up and every town has a ghost story of some kind.

Growing up in Hendersonville, my friends and I heard our fair share of ghost stories, and we became teenagers and started driving, we decided to see if we could find some of these ghosts for ourselves. Some of these locations such as Beaumont and Chanteloupe I have written about for hendersonvillebest.com before. Others such as the Phantom Rider of the Confederacy and the Cherokee Indian Burial Mounds are much more of a story than they are based on history.

The tale of the Phantom Rider of the Confederacy dates back to the end of the Civil War. A local young lady’s boyfriend was a Confederate soldier and went off to war. She soon received word that he was killed during a battle with the Union Army. She was so distraught over his death that she committed suicide. (“The Phantom Rider of the Confederacy” danswnchistoryblog.blogspot.com).

When Stoneman’s Raid swept through Henderson County in April of 1865 a Union company was camped out at the Calvary Episcopal Church in Fletcher at the edge of Henderson County where Mills Gap Road and Highway 25 intersect. A young lady in a long flowing cape rode up to the company and told them a story about how she was attacked just down the road by a small detachment of Confederate soldiers.

It is believed that the lone woman rider was the ghost of the young lady that had killed herself and she was getting revenge for her beau’s death at the hands of the Union Army. A lone female rider shrouded in white in a long flowing cape has been reported seen ever so often riding up and down in front of the church late at night. In the late 1950’s a minister at the church even reported that he had seen her late one night when he was working at the church.

If you give any credit to movie lore, you don’t mess with Indian burial grounds as the movie Poltergeist attested to. Some friends of mine and I paid a visit to one located somewhere in the village of Flat Rock when we were high school and it rattled me badly enough to where I have never been back and the location has been lost to memory.

The Flat Rock in which the village is named after was a meeting place for local Indian tribes, the Cherokee being the principle of these tribes. There are several burial mounds located throughout western North Carolina and the United States Bureau of Ethnology and the Smithsonian Institution sent experts to investigate the burial mound in Henderson County.

In 1884 the Bureau sent J.W. Emmert to the farm of Rebecca Conner to take samples from the burial mound located on her property. What he discovered was a mound the was six feet high and approximately 44 feet in diameter. (“American Indians in Henderson County,” Henderson Heritage) and he pulled samples from this mound and detailed what he found in his report. According to the North Carolina Department of Cultural Resources the Cherokee consider burial mounds as sacred places and treated as such. (Nikwasi, www.ncmarkers.com). 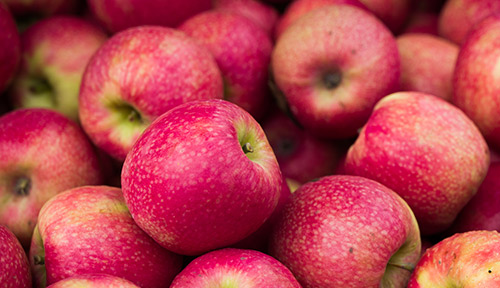